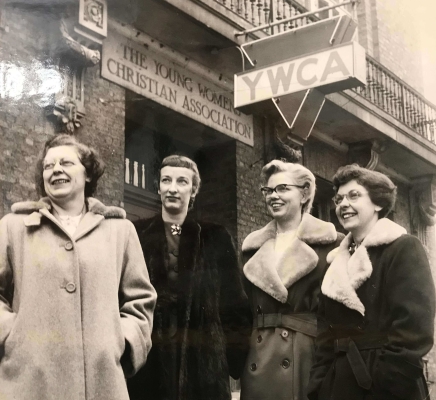 A legacy of service

In the early days, women who migrated to the area for employment turned to Waypoint for help. Over the first 50 years, Waypoint’s focus evolved from fancywork, dress-making, and music to physical fitness, self-improvement, and community outreach.

In the 1970s, Waypoint responded to the community’s increasing demand for critical services by beginning to address domestic violence, sexual assault, and homelessness. A child care center was also created at that time to support working families.

As these initiatives gained momentum, the Madge Phillips Center Shelter was built for homeless women and their children in 1995. 2001 marked the year when Waypoint disaffiliated from the YWCA to solely concentrate on critical needs in the community.

Today, Waypoint upholds its tradition of improving lives through the following programs:

These programs, serving over 7,500 people in total each year, embody national best-practices, research-based approaches, and decades of experience keeping a finger on the pulse of the community.

How Waypoint’s history unfolded over the decades

YWCA chapter in Cedar Rapids was formed from the Bohemian Young Women's Union; the organization focused its efforts on the feminine disciplines of vocal music, dressmaking, and fancy work, and a lodging house at 3rd Ave and 6th St was acquired to help with housing young women migrating to the city for employment

Disaffiliates from the YWCA and changes name to Waypoint Services for Women, Children, and Families; men were invited to be members of the Board of Directors for the first time

1911 Building (located at 318 5th St SE) is renovated to better meet the needs of programs and clients; begin piloting Centralized Intake for emergency shelters to simplify access to shelter openings for those who are homeless or experiencing a housing crisis